In this episode of “Jimmy Neutron”, Cindy and Jimmy argue over the visibility of the equator line, which pushes them to travel to the actual equator in Jimmy’s hover car, with their friends as company, but Jimmy and Cindy fall into the ocean, and the hovercar’s autopilot causes their friends to fly far away. Jimmy and Cindy end up stranded on an island, while Sheen, Libby, and Carl try to survive on the hover car.

Throughout the “Jimmy Neutron” TV Show, Cindy and Jimmy’s romantic interest in eachother has been teased, often hidden under a passionate rivalry, which is why they are always fighting, but this is an episode that lets the two get closer. Due to being stranded, Cindy and Jimmy have no choice but to work together, plus their distance from others makes them more open about their feelings, it’s all very cute stuff that made me squee a little (Okay, a lot). The stand out moment has to be when it’s revealed that Jimmy has been opening mollusks all day, just to find a pearl to give to Cindy, revealing that he IS willing to show his love to her, and how sweet is that? 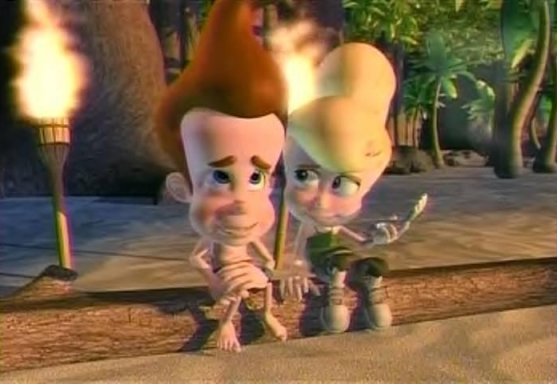 You can tell that they really enjoy each other’s company, when not feeling pressured to mask how they really feel for social reputation, knowing that they can express their love without being teased or questioned. Unlike most shipwreck stories for cartoons, where survivors struggle to live the paradise dream, Cindy and Jimmy actually get to relax in the bounties of the island, with help from Jimmy’s scientific brain, and that makes it even easier for them to both get a long. It also helps that they end up choosing to stay from the jungle, which is swarming with dangerous animals, like slimy snakes and a giant spider.

Meanwhile, Sheen, Libby, and Carl are having a hard time on the hover car, which is where most of the episode’s comedy comes from, with the trio having no idea how the hover car works or what they can do to help Jimmy and Cindy. Sheen begins developing the naive delusion that everything is a mirage (even though that isn’t true), Carl secretly hogs some chocolate bars like a greedy pig, and Libby attempts to keep everyone calm until she discovers Carl’s secret. 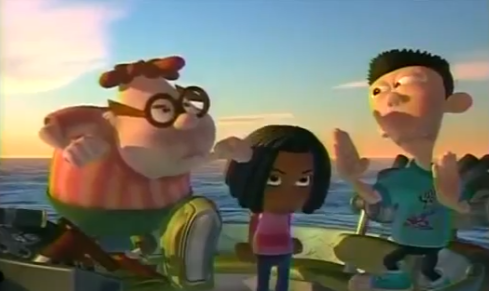 When their friends finally arrive at the island, Jimmy and Cindy’s romance is cut short, as everyone focuses their attention on the hover car, but you can really tell that Cindy doesn’t want this paradise to be over, even though we know that they need to get home. I assumed that the episode would end with returning the status quo, which it sort of does, but it also indicates that there’s still something there, and we end with the two cheekily finding another excuse to travel far away together.

To Conclude, while this episode as Sci-Fi heavy as most “Jimmy Neutron” stories usually are, it’s certainly a very romantic one, plus there’s still some comedy from the Jimmy & Cindy’s friends, and fans of Jimmy’s inventions can appreciate his awesome tree house on the island. This episode actually made me curious to see where things go for Jimmy and Cindy, but I doubt it’ll progress further, I just get the feeling that “Stranded” is the height of their romance, unless I’m hopefully wrong?

Posted on November 4, 2018, in Uncategorized. Bookmark the permalink. 13 Comments.