There’s finally a live action Pokémon movie coming out soon, but this is no Ash Ketchum adventure, it’s a buddy cop movie about a Detective Pikachu (voiced by Ryan Reynolds), teaming up with a failed Pokémon trainer called Tim (played by Justice Smith), to uncover the mystery behind Tim’s father’s disappearance.

As a life-long Pokémon fan myself, I’m quite happy to see my favourite pocket monsters in a live action movie, it’s almost surreal to witness, because the concept has been dreamed up by fans for so long, that it became almost impossible to believe it’ll ever happen. Yes, it’s not about Ash, but that doesn’t bother me, as someone who has mixed feelings on that character, and our main character here is roughly the age of a first generation Pokémon fan – which will speak to millennial nostalgia. 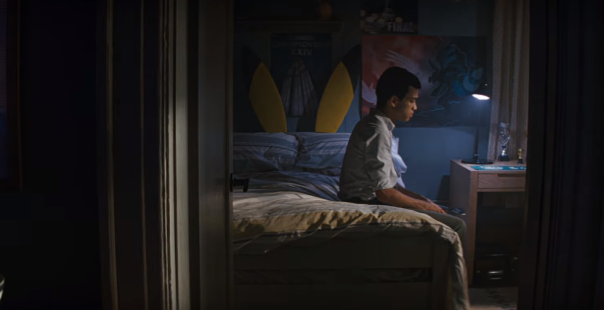 As I mentioned, Pikachu is voiced by Ryan Reynolds, don’t worry though, he’s the only celebrity voiced character, and it Ikue Ōtani still voices Pikachu when he doesn’t speak English. Confused? Let me explain, this Pikachu can be understood by Tim, while everyone else just hears him say “Pika! Pika!”, which will make for some funny interactions for sure, especially with Ryan Reynold’s natural ability to make any line sound three times more hilarious.

You’re most likely wondering about my thoughts on the animation for the Pokemon, which has divided many fans, some loving them and others finding them to be “gross”. Here’s the thing, translating hand drawn characters into 3D CGI is very tough, you have to make them look faithful to the original designs, but you still need to be certain that they appear organic, it’s a super hard line to meet.

Failing to reach this balance can have consequences, like with Michael Bay’s Transformers, which put realistic mechanical intricacy before identifiable visual design, leading to characters that look downright unreadable, and it’s that stretch towards the uncanny valley that upset fans. On the other end of the spectrum, you have the potential issue of making the characters look too cartoony, which will make us fail to believe that they are part of a world where Pokémon are real, and that’s something that could kill the movie.

Personally, I think that Detective Pikachu reaches the standard I’d expect, where the Pokémon are a mix of anime monster aesthetics and biological realism. I don’t even have a personal issue with any of these Pokémon, because I instantly recognise them all, which is very important to me as a fan. Yes, Mr. Mime looks a little creepy, they could have given him a less Tim Burton-esque face, but I don’t think he’s as disturbing as most folks are making him out to be, I’ve seen much worse. I also trust the director, Rob Letterman, because he has a background in directing at Dreamworks Animation, he’s bound to have a high knowledge of animation standards, even if he did co-direct the awful “Shark Tale”. 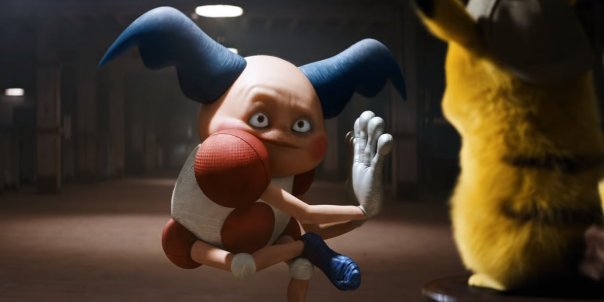 My only real fear is that the film’s story will be bogged down with buddy cop movie cliches, especially after sitting through a Pokéball collection of them in “The Happytime Murders” this year. It’s a genuine concern I had after seeing the trailer, but that’s because the dynamic isn’t explored that much, with most of the trailer centering on the joke that Pikachu is now a talking detective. I’ll remain apprehensive, yet hope that the finished movie takes me by surprise, perhaps it’ll twist the genre’s expectations around, and maybe give a new angle on this setup. What do you think of this trailer? Let me know in the comment section below! Also, if you’re new to this site, consider exploring it, and maybe click the subscribe button.

Posted on November 14, 2018, in Uncategorized. Bookmark the permalink. 14 Comments.