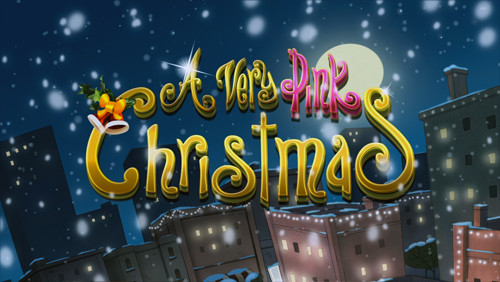 Since recently going back to Netflix, I was pretty excited to see what their Christmas content would offer, but I was quite disappointed when I searched “Christmas” into Netflix this year. Sure, there’s some classic titles like “Arthur Christmas” and “Scrooged”, but I didn’t really think “Wow! So many great looking movies! This library will keep me busy all December!”

However, I did give one film a chance, a 20 minute Pink Panther Christmas Special titled “A Very Pink Christmas”. This short has Pink Panther and Big Nose competing in the Christmas Tree business, in a bid to afford the last fancy convertible for sale. It’s sort of a spiritual sequel to another Pink Panther holiday called “A Pink Christmas”, which I will admit I have not seen.

In the spirit of Pink Panther’s silent charm, the animation is dialogue free, with just grunts, gasps, and growls instead of any English. There’s certainly a magic quality to this kind of nuance in a Christmas special, that helps audiences pay special attention to the hip movement of the cool as ice Pink or the comical frustrations of grumpy Big Nose.

There’s also certainly some fun to be had from this tree selling rivalry plot (as generic as the concept sounds), because these two go to pretty excitingly over the top lengths to reach their money goals. Whether Pink Panther is putting on a musical performance, or Big Nose is framing the poor feline for stealing his money. Watching their competition escalate, is the main focus of the narrative, and it’s pretty entertaining stuff. 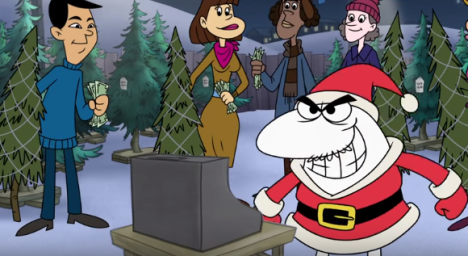 Although, the short does push us close to the edge in terms of suspension of disbelief haha! I mean, these guys can’t afford a convertible, but they can easily purchase lavish public advertising, fairground rides, a Christmas tree cannon, musical pines that change colours etc.? It’s all a bit far fetched, but I guess that’s cartoon logic for you.

At the heart of the special, is a poor boy that ends up working for Big Nose, who wants to be able to afford a Christmas tree for his family. The kid is quite cute and sweet, serving as an endearing contrast to all the petty rivalry and greedy consumerism. 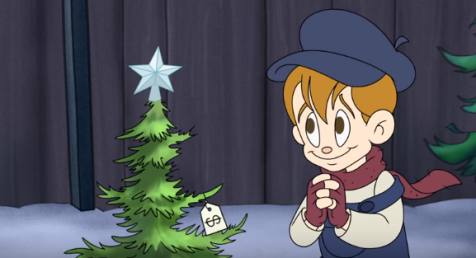 However, I’ll confess that things get a bit soppy by the end, as Panther and Nose learn to the true meaning of Christmas, through this boy’s Christmas Tree plight. I appreciate the sentiment, I really do, but the lengths the special goes to jerk tears is a tad much.

It ends up feeling like that running sad orphans joke in “The Simpsons”, which always involved a pair of poverty stricken kids who were there to comically guilt trip Bart or Homer, except here it’s played straight. Then again, some folks find this kind of cheesiness to be appealing this time of the year, so maybe you’ll be more forgiving?

To Conclude, “A Very Pink Christmas” isn’t anything special or memorable, especially considering that it’s premise and message have been done in dozens of other seasonal specials, but there’s lots of cartoony fun to be had and the heart IS there. Give it a watch if you’re a Pink fan and can spare 20 minutes, but don’t expect this one to highly likely join your favourite Christmas specials list.