In Disney’s first ever fully CGI feature film “Dinosaur”, an Iguanodon called Aladar and his adoptive lemur family end up losing their island home to a meteor shower. While trying to survive, the unconventional family find themselves following a huge heard of Dinosaurs, who are being led by the stubborn cranky Kron. While Kron just wants to get going, Aladar believes that the heard should slow down to help the older dinosaurs keep up. Where are they going though? Well, apparently there’s a beautiful safe land called the nesting grounds, and it’ll be a perfect new home for these herbivores.

When this movie first came out, I was completely crazy about it as a kid, and even bought the McDonald’s happy meal toys. However, it soon faded from my conciseness, and I never really thought it about it when it came up in Disney discussions. I remembered the toys, recalled owning the VHS tape, but could barely stitch together memories of the film itself. It never became that special to me after it’s duties as a babysitter, and it also lost relevance in the animation society in general.

To be honest, after re-watching it as an adult, I can see why “Dinosaur” is one of the less remembered Disney animated films. There’s very little about this movie that’s uniquely it’s own, with it’s premise being eerily similar to Don Bluth’s “The Land Before Time”, and many storytelling beats mirroring Disney’s previous feature film entry “Tarzan” (an orphaned character is adopted by another species, he grows up to meet his own kind, and has to deal with a grumpy stubborn leader). Not to mention, the visual style of computer animated dinosaurs being imposed on live action backgrounds, loudly screams “Walking with dinosaurs”.

Of course, I don’t expect every film to be 100% original, but there’s just way too little here to make “Dinosaur” stand out from the Disney library. Apparently, the movie was going to be a silent stop motion dark drama, which would have at least made the movie have it’s own thing going for it. Unfortunately, Disney suits saw the success of “Toy Story”, abandoned any desires to take risks, and recognised computer animation as a goldmine. It’s a real shame, indicating what money hungry cowards the Disney chairmen can really be.

Although, despite the lack of fresh ideas or unique identity, Dinosaur is still a decent film to watch. The heart of the movie Aladar himself, who may not be the most charismatic of Disney heroes, but he’s certainly one of the most likeable! A true gentleman, Aladar goes to amazingly extreme lengths to look out for the injured or feeble, and it’s a very endearing trait for his character. You can tell that it all comes from the way his kind hearted adoptive lemur mother raised him, as she too can be just as considerate for others.

Aladar’s strong concern for others, clashes with the brutish Kron, and this makes for some really interesting political drama. Is it possible to help a whole society survive? Or must sacrifices be made? While the movie rightfully leans more towards Aladar’s approach, it’s still really exciting stuff seeing these opposing political sides go up against one another. I did find myself very invested in this debate of high ethics versus survival of the strongest, it leads to some very tense drama.

Excitement also comes from the intimidating presence of the wild Carnotaurus, beastly dinosaurs who have no dialogue, and just have the relentless desire to feed on prey. There’s a couple of gripping shots where these predators are framed in effectively scary ways, and they do pose as serious threats.

Although, the filmmakers actually heavily exaggerated what a real Carnotaurus looks like, and went to extra lengths to shape them into the more marketable species of Tyrannosaurus Rex. This desperation to make the villains more generically recognisable, stops them from being any different from any other T-Rex threats we’ve seen before. I’m sorry, but the harder the film tries to appeal to the masses, the less vibrantly unique it becomes. 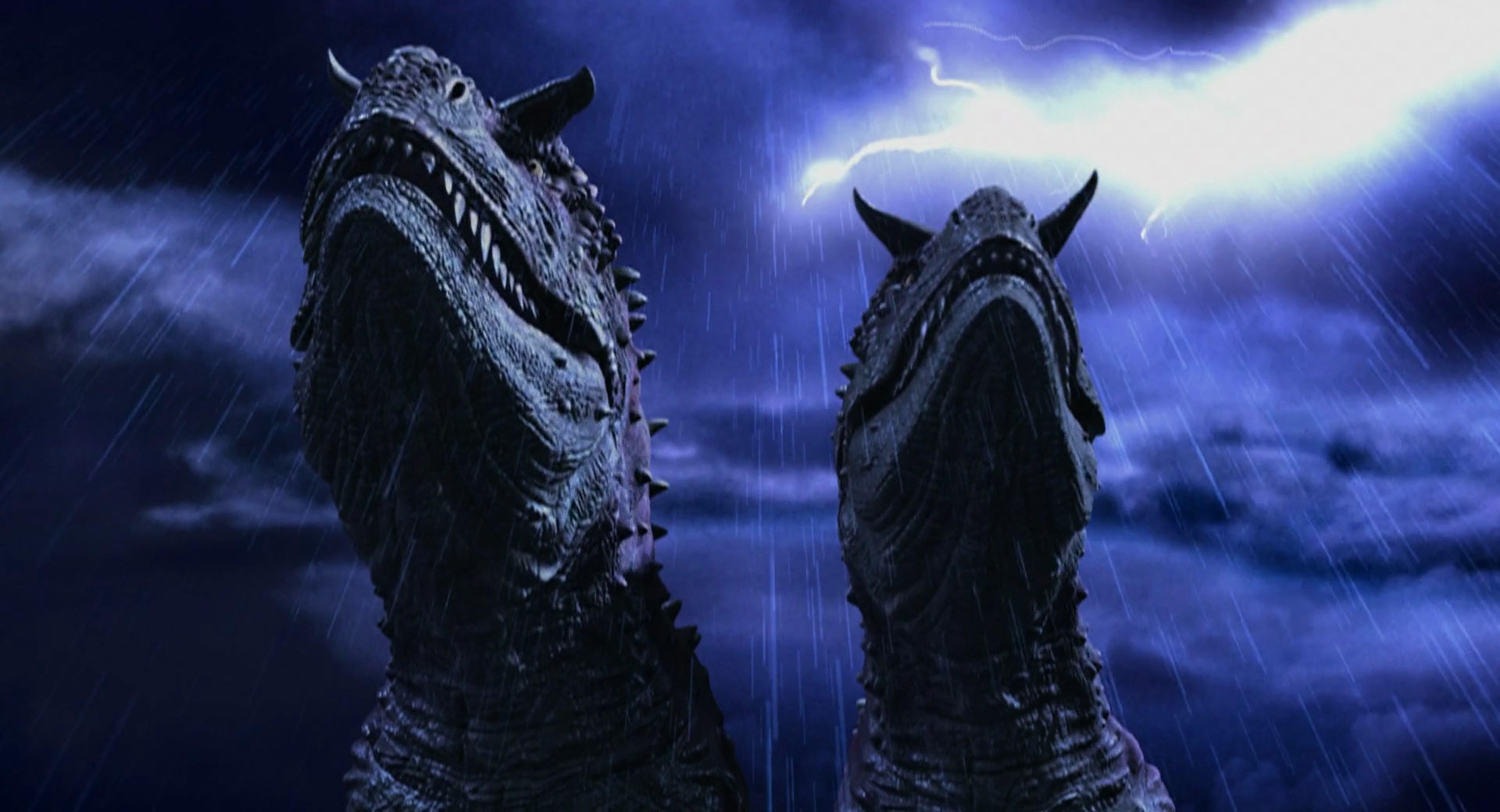 The misfit group of left behinds gathered by Aladar have their charms, from Aladar’s oddball family members to the elderly dinosaurs who can’t keep up. I did like spending time with them, because they become their own special kind of weird heard. Of course, I know I’ll forget all their faces and names all over again soon, but it’s still a likeable part of the movie. If I am going to be stuck with some generic forgettable Disney characters, I’m fine with it being this lot haha.

Aladar also gets his own romance with a fellow Iguanodon called Neera, it’s a pretty predictable love story, and just in the film because it’s a Disney tradition. You can see a little chemistry there, but it’s nothing heart melting or noteworthy. It’s just another aspect of the movie that doesn’t feel exceptional enough to make it stand out. However, it does add some tension to the relationship between Aladar and Kron, because Neera is Kron’s sister! You can tell that Kron doesn’t like his liberal leadership rival getting intimate with his close relative, it’s effective build up towards their inevitable showdown between the two. Plus the fact that Neera is under her brother’s claw, does make for decent character development on her part, as Aladar’s values open up her more empathetic side.

I’ll admit that the film’s computer animation has slightly dated, it has a couple decent shots here and there, but you can tell it’s Disney first CGI feature at a first glance. Sure, I bet audiences at the time saw it as photo-realistic in their standards, but we’ve come a long way since the year 2000. It’s not awful work, it just doesn’t hold up today. I also felt as if that the compositions of the CGI characters onto live action footage didn’t work, you can tell that they’re not really there, and I just can’t buy the illusion I’m afraid.

To Conclude, “Dinosaur” is understandably forgettable, because it has nothing extraordinary to offer, and it’s way too generic to stick out from the dozens of Disney animated features out there. Even the title seems to lack any kind personality, “Dinosaur” is such a bland name for a movie about dinosaurs.

I’ll say that it’s somewhat engaging at times, the characters do show a lot of heart, and competent effort has been put into certain executions; but the overall experience of watching it isn’t anything memorable. It’s simply good watchable entertainment, with a nice role model lead and some interesting political ethics. Give it a shot if you’re a Disney completionist, but don’t expect a phenomenal classic when going in.