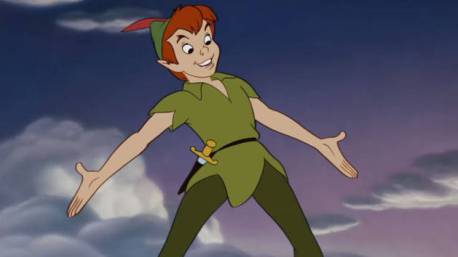 Based on the play by JM Barrie, “Peter Pan” tells the tale of Wendy Darling, who loves the stories of Peter Pan and Neverland, but her father insists that she grows up. One day, Wendy and little brothers are whisked away to Neverland by the mischievous Peter Pan. While in Neverland, the Darlings meet the orphaned lost boys, the pretty fairy Tinkerbell (who fancies Pan, and tries to kill Wendy in envy), beautiful mermaids who adore Pan, a tribe of Native Americans. Plus, our heroes must also face the dastardly Captain Hook and his bumbling sidekick Smee.

Here’s my problem with Disney’s “Peter Pan”: While I can find a charm to Wendy’s British manners, sweet nature, and story of facing growing up; I honestly either loathe or don’t care for the rest of our heroes! Peter is annoyingly smug and inconsiderate to Wendy, Tinkerbell is a possessive and spiteful little shit with jealousy issues, the lost boys are obnoxiously frantic and aggressive, and the Darling brothers just aren’t that interesting.

What’s worse, is that I found myself feeling more sympathetic and attached to the villains. Yes, the kidnapping violent bad guys are more likeable than our title hero, THAT is shockingly problematic for a kid’s movie. We’re meant to root for Peter, but he’s such a rude arrogant brat, that I failed to see his appeal, and instead found myself feeling sorry for Hook’s grief over Pan. Heck, Pan has a chance to show mercy to Hook at one point, but cruelly lets him suffer.

Hook is adorably campy but also fiendishly clever when making evil plans, and the dynamic he shares with Smee is reminiscent of an old married couple. Any scenes centred on Hook and Smee alone together is hilariously cute! It’s fun watching Hook getting needlessly melodramatic, and there’s something sweet about Smee’s affectionate pampering towards his grumpy captain. Again, look at what I’m saying, I’m praising the despicable antagonists for winning my heart, yet I can’t stand our hero! What is this nonsense?! 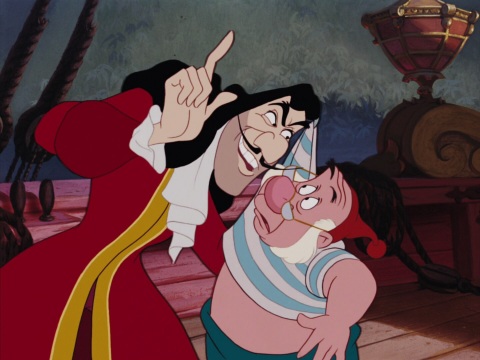 I get what they were TRYING to do with Peter, make him naughtily cheeky in a fun way; but the execution falls flat, because his immature arrogance is more irritating than lovably tongue in cheek. The way he treats Wendy is my biggest issue with him! From letting the Mermaids abuse her to abandoning the poor girl at a cave, it’s unforgivably mean spirited behavior.

If the movie embraced it’s dark roots more (the source material is apparently VERY grim), I could see Peter’s character working; but Disney clearly wanted to shy away from the original book or play, and go for a more whimsical take on Pan.

I also get what they were going for with the female characters like Tinkerbell and the mermaids (and to an extent, Wendy), have them fawn over Peter to make him seem magnetically appealing, but A) the film makes the Neverland women so excessively crazy over Peter, that they come across as vindictive manipulative horrors B) Just because lots of characters gush over your hero, doesn’t automatically mean the audience will feel the same. 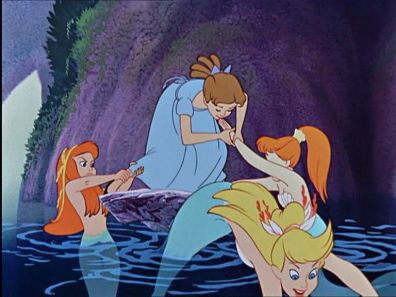 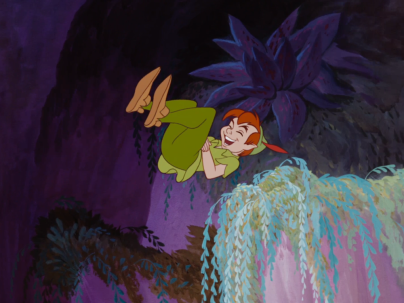 The  jealous Mermaids try to force Wendy into the water, while Peter laughs like an asshole

Now, I get that the movie is about Wendy maturing and realising how childish her fantasies are, this explains why the characters she meets are mean or annoying; but this comes at the cost of the audience’s experience of visiting Neverland’s residents. The movie wants us to realise that Pan is just a brat at heart, and Wendy has exaggerated his charm, but it also wants us to root for him when he’s taking on the pirates. How can I cheer for Pan when the movie has exaggerated his immaturity to unlikeable levels?

Disney clearly wanted to make a mature coming of age story about facing disappointing reality AND a fun fantastical adventure for the audience to get sucked into, resulting in a lot of tonal conflict. A part of me feels that this is a Disney movie that could have benefited from fully embracing it’s dark side, instead of having one foot in comforting whimsy and the other foot in cold apathy; because you can’t expect the audience to be both won over by the Neverland characters AND disappointed by them.

The story itself isn’t all that great too, it feels very short, and there’s not much of a scale to the narrative. Growing up, I remember this film being fun and adventurous, but I didn’t find it as exciting when watching it as an adult. By the time we reach near the hour mark, it feels like much more of Neverland is yet to be explored, but the 74 minute running time cuts the adventure short. Again, this is all to help Wendy’s disappointing realisation work, but the movie also wants us to have fun as an audience, and it can’t do that when it’s also trying to downplay Neverland for Wendy.

It doesn’t help that the movie rushes over all the fantasy elements, like they’re not much of a big deal, which undermines the magical value of what we’re experiencing. What is Neverland? Who is Peter Pan? Who are the lost boys? The Darlings already know, but how? And why can’t we be clued in too? Things feel missing in the movie! It fails to introduce, build or setup any of the concepts.

The film hasn’t aged well either, not only are most of the women written as old fashioned stereotypes (obsessed with a man, and bitterly catty to eachother out of jealousy), but the Native Americans are portrayed in a borderline racist way. The Native Americans are casually given slurs like “Redskins” and “Savages”, they get an awkward (but arguably catchy) musical number called “What makes the red man red?”, plus they also speak in mockingly broken English.

Yes, things were different back when this movie was made, I understand that; but it’s still difficult for me to watch this movie’s take on Native Americans without feeling a little uncomfortable. The movie serves as a haunting reminder that Hollywood once saw Native Americans as animalistic and inarticulate.

You could argue that the Native Americans are meant to be childish exaggerations, in the spirit of the kid’s game “Cowboys & Indians”, but which messed up kids use words like “Redskins” in their games? and make up naively racist songs about minorities? No, when it comes down to it, it’s just an artefact of the times.

To conclude, this has been one of the most disappointing childhood revisits I’ve ever had, because Peter Pan just doesn’t hold up very well in my eyes. It has awkwardly dated stereotypes, tonally conflicting storytelling, a rushed pacing that overlooks important beats, an adventure that lacks fun, and it also fails to make it’s title character likeable or charming.

Yes, Wendy’s maternal sweetness gives some much needed heart to the film, and the antics of Hook & Smee are wonderfully entertaining; but everything else is hollow, offensive, or unpleasant. I honestly never expected myself to dislike “Peter Pan” before re-watching it as an adult, I always assumed it was a well deserved classic, but I’ve changed my mind after this new viewing.