In this episode of “The Simpsons”, we see a variety of sketches starring lots of different Springfield citizens, including members of the Simpson family. It was inspired by the “Everybody loves Ned Flanders” skit, which was added onto the end of “The Front”, to extend it’s running time. The Episode gained internet notoriety when one of it’s skits, “Superintendent & Skinner”, was turned into a meme by the Simpsons fandom community.

The editing for this episode is quite stellar, as it cleverly finds neat Python-esque ways to transition from one sketch to another, like a character will be attacked by a bee, and then we’ll follow that bee to another Springfield location for the next gag. It creates a really smooth flow between the sketches, so the episode doesn’t feel like just another clip show, but this also helps to tighten jokes to a length that doesn’t kill the humour, because the writers have to find organic ways to cut away. 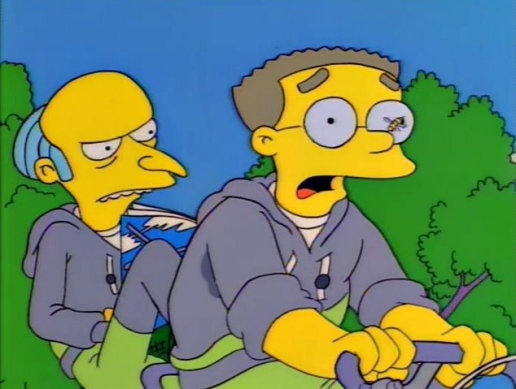 Although, the episode isn’t just a series of random gags, as there are running plotlines happening, and unrelated sketches can suddenly segway into the next scene for an ongoing narrative. This is clearly a homage to the way “Pulp Fiction” plays out, Pulp’s influence is more than obvious, as some sketches are clear references to Tarantino’s crime thriller, and it’s mainly grown ups who will appreciate these nods.

There’s also a benefit to seeing characters who are usually reserved for sideline gags or quick cameos, being given their own little stories to star in, especially if you’ve wanted to see development for such characters as Bumblebee Man or Dr. Nick. Some of the writers were actually assigned to write sketches featuring their own personal favourite characters, and their love for these b-list cast members really shows.

These characters are strong enough to work in short films too, because they have personalities designed for brief punchlines, and they don’t overstay their welcome. Some of these shorts are also framed as potential sitcoms, with their own charming theme songs, and I could actually see some of them being greenlit into real shows! 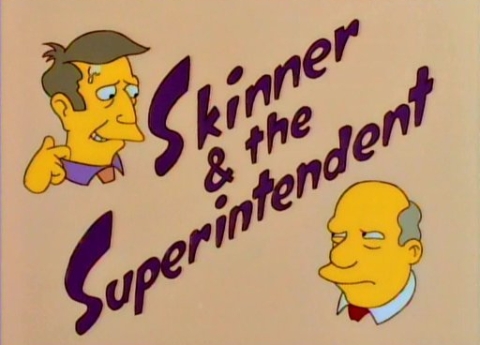 Like I said, the Simpsons still get their own stories, so the episode doesn’t abandon it’s entire premise to give attention to the family’s neighbors. These gags rely on the personalities of the Simpsons members, but also utilize the vast supporting characters, to the point where the overstuffed cameos become the whole joke haha!

Before I end this review, I’m guessing that readers want to know my thoughts on the highly memed “Superindent & Skinner” segment? Well, I think it’s a wittily written sketch, that brilliantly expands on the solid comedy dynamic between Chalmers and Seymour; from Skinner’s inability to contrive realistic lies, to the way the Superintendent points out the blatant flaws of the fabrications, yet dryly believes them anyway. It translates well into a meme, because it’s such a strong skit, and can be transformed countless times without losing it’s key beats.

To Conclude, “22 Short Films about Springfield” is a deservedly beloved classic of the series, an episode that proves how fantastically fluid these characters can be. While not every skit is a winner, there’s enough here to outweigh the less slick jokes, including Apu attempting to party for 5 minutes in a half assed bid to shake up his workaholic lifestyle, and Homer foolishly trapping Maggie in a newspaper vendor.

Fascinatingly, the showrunners actually considered creating a spin off from this episode, it would have been called “Tales of Springfriend”, the series was going to show a different story every week, centering on a random Springfield resident each episode, and I would have LOVED that premise! It’s a shame it never went ahead, because it’s an exciting concept, that would have uniquely expanded this show’s universe.