Set in period Peru, “The Emperor’s New Groove” centres on the egotistical pampered emperor Kuzco, who plans on building over a local peasant village to make way for his own private swimming pool. However, when he decides to fire his throne hungry adviser Yzma, she works with her brick headed minion Kronk to plot the emperor’s death; but the attempted murder goes wrong and the emperor is turned into a Llama instead. Kronk knocks Kuzco out, but his conscience convinces him not to dispose of the body effectively.

Then, a local peasant called Pacha finds the dazed and confused llama emperor, Kuzco reluctantly joins forces with Pacha and must journey back to the palace to find a cure. In return for helping the emperor, Kuzco half promises to withdraw his swimming pool plans, and leave Pacha’s village alone. Meanwhile, Yzma finds out that Kronk didn’t properly take care off the emperor and the two venture off to stop Kuzco from returning to the palace.

This film is wonderfully tongue in cheek all the way through, frequently poking fun at it’s filmic storytelling and breaking the fourth wall in clever ways. The humour also comes from character’s back and fourth banter; whether it’s the conflict between the emperor and Pacha, or the villain and sidekick duo of Yzma and Kronk. This movie’s biggest strength is it’s sense of humour, and I can’t count how times it makes me laugh.
I’ll admit that having a pompous royal pain in the butt like Kuzco as the protagonist was a risky move, but the movie manages to find the humour in his ridiculous level of ego and delusion. In the vein of Daffy Duck, the movie gives us a character that’s in love with himself, but always feels the justified wrath of Karma. The film does also hint a little conscience hidden deep underneath all that insecurity and self infatuation, with occasions where the emperor lets a softer side of himself slip through.

It’s mainly thanks to Pacha’s naturally warm nature that Kuzco starts to let his guard down. What I love about Pacha is that he has this lovely everyman charm to him, he’s very friendly but he has enough spine to stand up for himself. Pacha is the most grounded character, serving as the sensible voice in the middle of all the cartoony nonsense that’s going off. Oh and his family is bloody brilliant, they’re affectionately loving to Pacha and will go to insane levels to protect him from the threat of Yzma.

Speaking of Yzma, her and Kronk make for a really fun pair of antagonists. While you could argue that Yzma is just a reverse gender Jafar (an evil sorceress bent on taking over the throne), such cloning can be forgiven when she’s just so darn entertaining! There’s something about her campy fabulous glamour that’s to die for; although, the constant ageist joke of “Old ladies are gross” does become a tad repetitive and feels a little tasteless for Disney standards.

Then we have Kronk, who is just precious! He maybe very dim but he has an adorable child like spirit and a passion for cooking. Sometimes he does question why he’s working for Yzma, and his moral conflict is hilariously portrayed through a pair of tiny Kronk shoulder consciences. Kronk deservedly got his own spin off movie called “Kronk’s New Groove”, which isn’t great, but Kronk’s lovable personality made it one of the more watchable Disney sequels.

Here’s the thing though, as superb as this film’s comedy and characters are, I wouldn’t say that it’s some groundbreaking achievement in animation storytelling. The actual road trip that our characters take isn’t very eventful, limited to only a couple conflicts, and mainly dedicated to the quarrelling between our leads. There are many missed opportunities for inventive obstacles, hidden Peruvian secrets, and more elements of fantasy.

Yes, the focus is on the opposing relationship between a peasant and an emperor, but the film’s decision to not add any meat to it’s premise hinders it’s overall impact. “The Emperor’s New Groove” has the same problem as “The Road to El Dorado”, it doesn’t accomplish anything more than being a funny buddy comedy, and therefore it fails to be something impressive or special.

Although, I’ll confess that Groove has the edge over El Dorado in terms of animation! While “The Road to El Dorado” restrained it’s comedic energy in favour of impressing audiences with pretty visuals, “The Emperor’s New Groove” pushes it’s character animation to the right level of bouncy wackiness. Characters reactions are perfectly exaggerated, making their embarrassment and fear look believably hilarious; without getting TOO extreme. I’d say that Groove demonstrates the kind of animation that I wanted El Dorado to achieve. 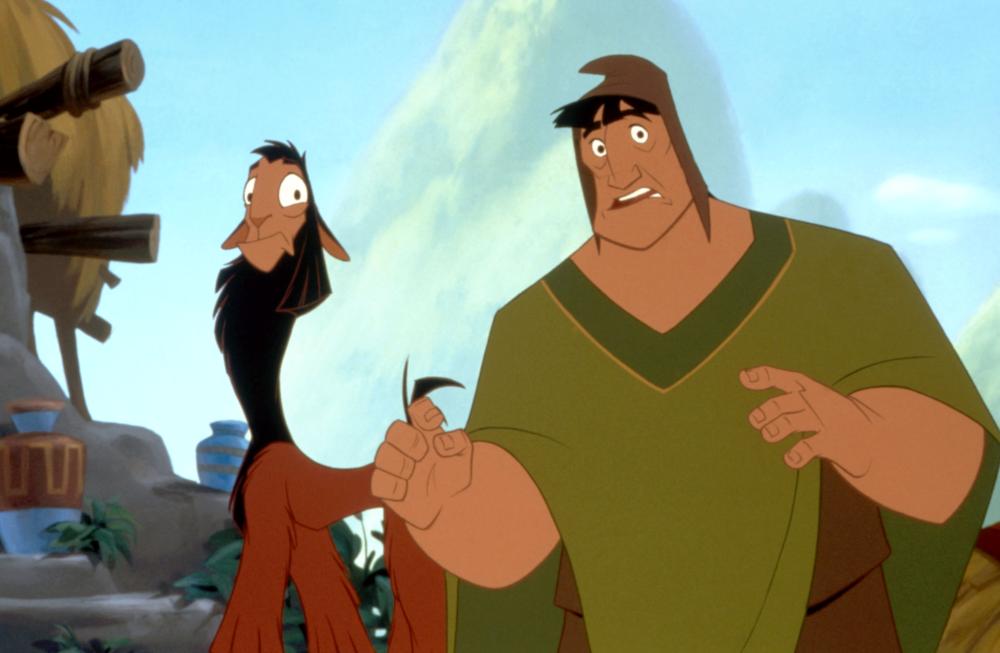 To conclude, “The Emperor’s New Groove” is certainly satisfying in terms of comedy and has plenty of laugh out loud funny moments; but it’s not some hidden gem in the Disney cannon that deserves to put on a pedestal of any kind. It is what it is, a very funny buddy road trip with a beautiful Peruvian backdrop and entertaining bad guys.