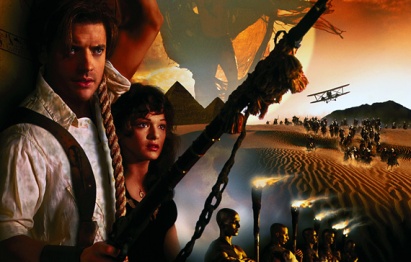 Universal has recently rebooted it’s 1932 film “The Mummy” for a second time (the first reboot came out in 1999 respectively), with the intention to setup an entire cinematic universe revolved around classic movie monsters; but the film has received mainly negative reviews from many critics. So, is the first reboot from 1999 any good? Well, I re-watched it to find out.

In the 1999 version of “The Mummy”, the high priest Imhotep has been resurrected, and he needs a female host to bring back his dead lover Princess Anuk. He chooses librarian Evelyn Carnahan to serve as the host, who was responsible for accidentally bringing him back to life. It’s up to an adventurer called Rick O’Connel, to protect Evelyn, and stop the supernatural force of Imhotep.

With so many modern Hollywood blockbusters relying on being dark and serious to entertain audiences, it’s great to look back at an American action movie that has a sense of humour. “The Mummy” doesn’t take itself too seriously, it let’s it’s characters spout witty one liners, and isn’t afraid to have a laugh at times. There’s some very funny moments and quotable lines that deserve to be remembered.

That being said, the action is still a blast to sit through. There’s swashbuckling swordplay, blazing gunfire, and supernatural conflicts; all to keep us thoroughly gripped to the screen. The humour helps add some cheeky personality to the high octane battles too, as characters poke fun at their frightening predicaments. The movie also finds inventively crazy ways for O’Connell to finish off his enemies, making the choreography really fun at times. 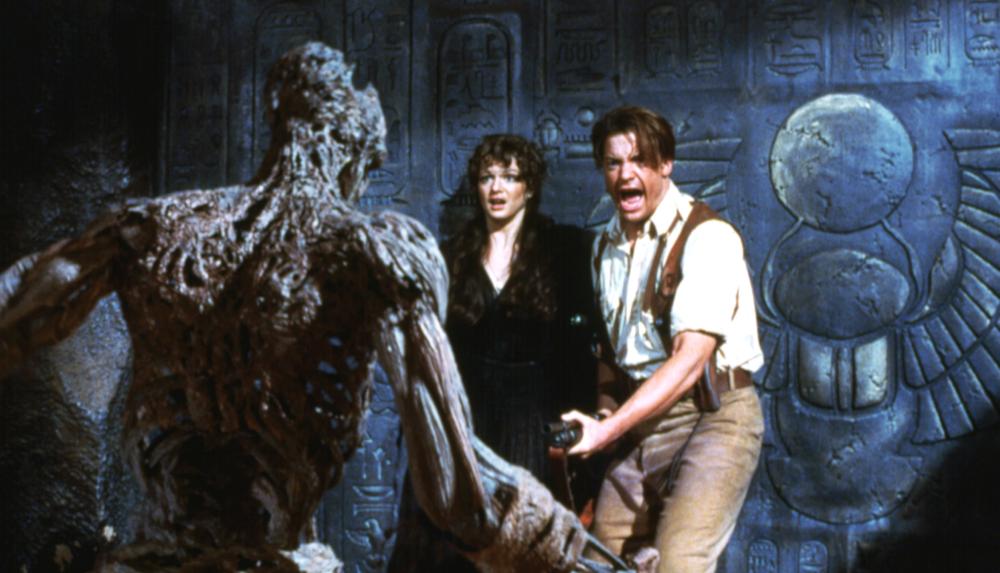 Rick O’Connell himself makes for a charismatic anti-hero, showing off a dashing courage that’s spiced up with a cheeky brashness. O’Connell also gets some of the funniest lines and steals the camera with his highly expressive face. Evelyn maybe the victim of Imhotep’s overall evil plan, but she actively contributes her hieroglyphic reading abilities and intellect, to help the team be one step ahead of the high priest.

The chemistry between Rick and Evelyn has some steamy tension too. They may often bicker, but the film does a good job hinting a crush between the two. There’s something adorable about the way they discreetly look at eachother, and they do share some quiet moments together. My only problem is that Rick can be a tad aggressive with his affections towards Evelyn; from when he forces a kiss on her at their first meeting, to when he attempts to sneak a snog off her while she’s drunk. 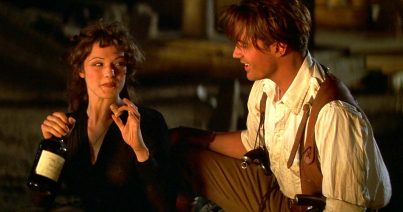 Although, while the movie can be pretty fun, it’s inability to disguise it’s exposition is cringe inducing. Characters are very on the nose about the information required for the audience to take in, resulting in some embarrassingly forced and unnatural dialogue. Not all the conversations are this annoyingly hammered in though, characters are capable of spacing out exposition dumping with organic banter; but there are some really contrived excuses to inform the audience at times.

The special effects are rather goofy and dated too to be frank. I really respect the ambitions that the filmmakers set, and I can imagine the effects impressing audiences at the time; but it’s kind of corny to look back at. I mean, rhe CGI make up for Imhotep is laughably bad! I’m sorry but his Mummy form is just too damn goofy, and he looks like he’s being puppeteered by a Muppet performer. Sometimes Imhotep’s computer effects can be kind of neat, but most of them don’t hold up very well after a couple decades.

Imhotep himself can be pretty intimidating at times though, I mean there’s something unsettling about a walking corpse sucking lives to restore himself. When he’s not hamming it up, Arnold Vosloo can make the high priest effectively threatening, and adds some dramatic Shakespearean weight to the role. However, he loses villain points when we learn that he’s scared of Kitty Cats… Yes, it’s explained that they represent the underworld to him, but it’s still a fear that makes him less intimidating (especially when his jaw stretching scream effect looks like it belongs in Jim Carrey’s “The Mask).

The movie is capable of being scary though, horror is still one of the genres that it’s embracing. Imhotep often disposes of his victims in gruesome ways, or even worse, leaves them alive with body parts missing. Sure, hardcore horror fans will find this movie’s scares to be incredibly tame and underwhelming; but more sensitive or younger viewers might shiver at what the film has to offer.

To conclude, The Mummy is an entertaining movie that gives us plenty of action, laughs, and thrills to keep our attention. It’s a summer blockbuster that’ll leave you feeling satisfied, simply because it’s a fun enjoyable movie. Sure, it’s rough around the edges and a little cheesy at times; but check it out if you’re in the mood for a high octane popcorn movie with a wicked sense of humour.