3 months ago, Aardman provided us all with a very ambiguous teaser for a new Shaun the Sheep movie called “Farmageddon”, with it’s only clue being a suggestion that the film would involve aliens. Yesterday, a brand new longer trailer was released for Farmageddon, detailing more of the story, while also introducing the extraterrestrial character Lu-La.

Based on this new trailer, I can’t say that I’m intrigued all that much, as the whole “Protecting an alien and getting them home” story has been repeatedly done since E.T., and this movie doesn’t seem to be going beyond the template that E.T. set. It seems that the only twist here, is that it’s up to a young sheep to help the alien return home, but that’s not much of a stretch really, not exactly something that will open new doors for this formula.

These feelings aren’t helped by my lukewarm reaction to Aardman’s last cinema production “Early Man”, a film that was just okay on the quality scale, could Farmageddon be in the same line? I really hope not, as Aardman is a fantastic studio that is keeping stop motion alive, I’d hate if they started losing their magic, it’d be a sad turn of events for claymation cinema. 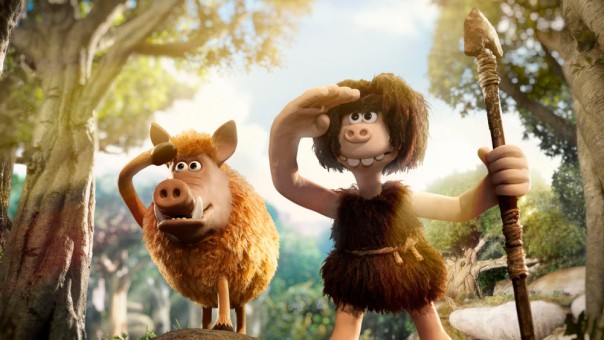 I say all this, but I wasn’t that impressed with the trailer for the first Shaun the Sheep movie upon release, it looked like a generic fish out of water movie, yet it was so much more than what was suggested, and maybe “Farmageddon” will surprise me too.

Heck, Aardman has given fun takes on simple ideas before, from turning a chicken farm escape into an exciting thriller in “Chicken Run”, to exploring generational conflict in a Santa Claus adventure for “Arthur Christmas”, so why should we doubt Farmageddon’s ability to spice up it’s basic template? They have a track record of finding humour and drama in the most traditional of ideas. The Farmageddon trailer does feature a reference joke to E.T., so perhaps there will be some elements of parody here and there.

One thing that I do like about Farmageddon at this point, is the colourful design for Lu-La, she has this interesting mix of dog and jellyfish to her! Plus she seems quite adorable, I can imagine myself maybe becoming attached to her, which will be vital to a story like this. Although, I hope that the film doesn’t go overboard with it’s culture shock gags or Lu-La’s apparent habit of repeating whatever she hears, these aspects could potentially ruin her character if not careful.

For now, I’m feeling lukewarm about “Farmageddon”, this trailer didn’t really get me excited or eager, but my faith in Aardman is keeping me from fully doubting the movie’s success. Farmageddon comes out UK Cinemas on 18th October, and will arrive in the US on 13th December.

Posted on April 3, 2019, in Uncategorized. Bookmark the permalink. Leave a comment.