Red is a grumpy bird who often lets his temper get the best of him. This anger leads to a court ruling that requires him to attend anger management classes, where he meets a bunch of other ill tempered birds, and he has to commit to calming exercises. While the other patients are eager to socialise, Red would prefer to keep to himself, pushing away new potential friendships.

One day, a community of pigs dock off at the birds’ island, introducing themselves as harmless new friends, but really, they want to steal all the birds’ eggs. Red is the only one who sees through their sham, even though everyone else is convinced that these swine mean well, so the feathered grouch has to convince his fellow birds that these piggies mean trouble. 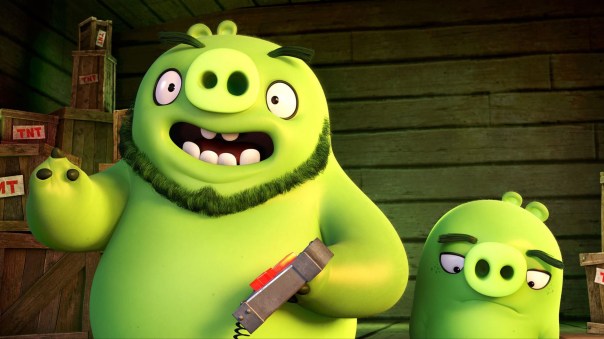 I’ve only played an Angry Birds game once, it was 3 or 4 years ago, I can’t even recall which game it was? So, I’m no expert or loyal fan, but one doesn’t need to be when it comes to critiquing movie adaptations, a film is a film regardless of what inspired it. The Angry Birds Movie is certainly high spirited, with it’s bounc-ily paced comedy and colourful character designs, but as a movie? It’s pretty…. meh.

It’s story is as predictable as they come! We know that the pigs are really up to no good, we know that they’ll reveal their true intentions eventually, and it’s more than obvious that the birds will seek revenge once the cat is out of the bag. Until then, we’re playing the waiting game, counting the minutes until the rouse is exposed, with nothing much happening besides the pigs distracting the birds with dance parties, and it’s all pretty much filler to say the least. 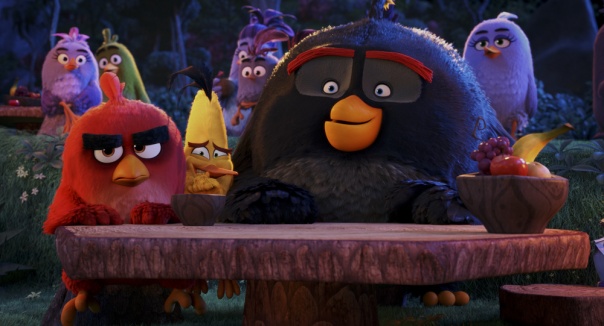 To also pass time, Red and his friends venture to find the legendary “Mighty Eagle”, which leads to the cliche plot of discovering that a hero is a let down, who wastes his days doing nothing, and it’s up to Red to motivate the eagle back into action. How many times have we seen this plot? Maybe in nearly every average animated kids’ movie? And this is what’s going to keep us entertained until the finale? Thanks, I don’t like it. 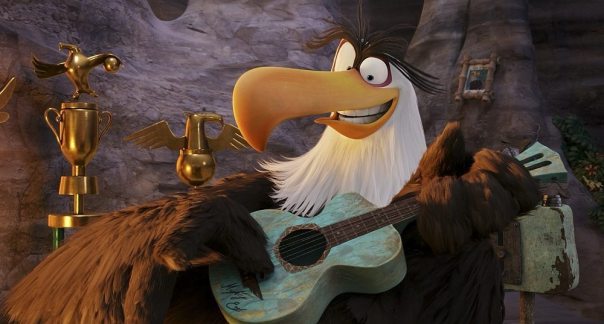 The humour is hit or miss. A few lines and gags hit the mark, but this wasn’t a consistent laugh riot for me. The film is clearly struggling to keep the comedy alive, so it reaches for easy gags in desperation, the kinds of jokes that are obviously going to make small kids giggle no matter what, from pigs slapping their butts at the camera to an awkwardly long urination scene. This potty humour is just tasteless and gross, a lazy attempt to be funny without taking risks or being inventive. 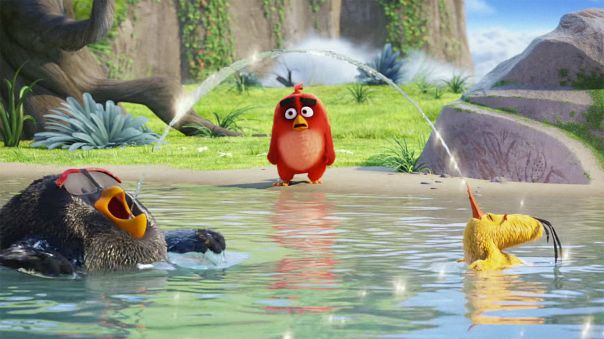 The Angry Birds Movie is at it’s most imaginative, when the birds finally attack the pigs, in a climax that resembles the playthrough of the original video games, the very thing that fans came to see the movie for. This is when we get to see each bird displaying a unique power, crashing into towers in a satisfyingly destructive fashion, all while the villain runs around in a panic. Unfortunately, this sequence overstays it’s welcome, overdoing the novelty of watching birds smashing into buildings, and even young kids might get tired of the repetition.

Red himself is the only character I enjoyed watching, a cynical bird who makes the most sense out of everyone. He keeps others at a distance while yearning for company, making for a relatable lead. He might be a grouch, but hints of a nice side are sprinkled into little moments, and he does eventually let his guard down once pushed into the role of leader, proving that he is capable of empathy if others trust him.

The lesson he learns is surprisingly unconventional too, teaching that anger can be justified when the situation calls for it, but controlling your temper is just as important. That’s a pretty risky philosophy for a kids’ film! The idea that what you do with your anger is your real test of character. What can it be translated to? How much of it should you let out? Anger is a complex emotion, it’s refreshing to see a children’s film address it without saying “bottle it up inside”. 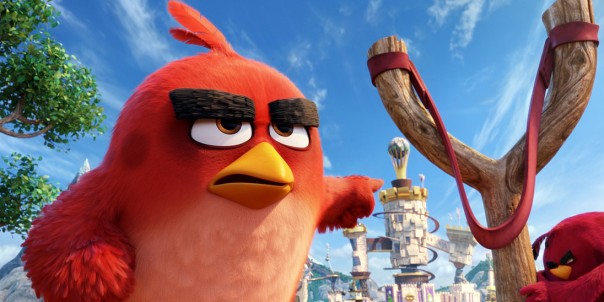 The side characters though? They’re pretty one dimensional and annoying, including Bomb the whiny bird with the one trait of exploding, Chuck the super-fast bird that is only defined by his speed and hyperactive personality (imagine Hammy from “Over the Hedge”, just unfunny and less sympathetic), Terrance (grunted by an underused Sean Penn, which is admittedly funny) is kind of endearing in his own gentle giant sort of way, but I can’t say that he’s a well defined character beyond his grunts.

The villain, Leonard, is far from threatening or clever, being not exactly subtle about his intentions, he’s just lucky that these birds have been written conveniently dumb enough to fall for his plans. 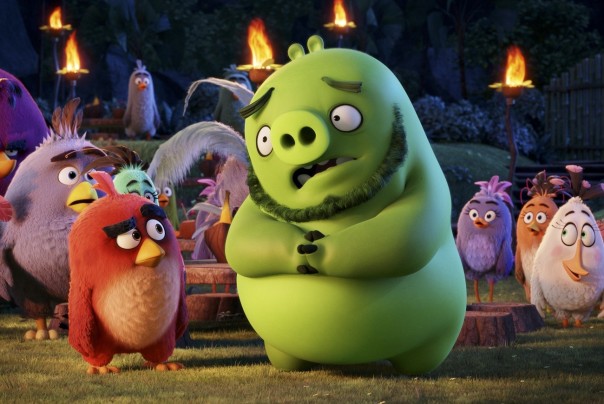 To Conclude, “The Angry Birds Movie” does have a pretty solid lead character, vibrant cartoony visuals that are decent to look at, plus a rather complex view on the emotion of anger that’s quite refreshing. But overall? It’s cliche, predictable, uninspired, and not as frequently funny as it could have been. I wasn’t exactly let down, as I was never an Angry Birds fan in the first place, so I can’t say that I’m annoyed at my experience, but I also can’t say that this is a film I’d be eager to watch again.

Posted on August 6, 2019, in Uncategorized. Bookmark the permalink. Leave a comment.