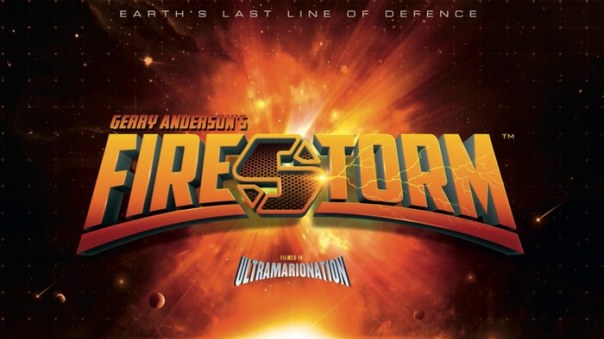 Gerry Anderson fans rejoice! One of Gerry’s ideas for a TV show has been adapted into a 9 minute minisode pilot, with help through a Kickstarter campaign, and it’s available for free on YouTube now. The series is called “Firestorm”, it’s set in the year 2200, when Earth has finally found global peace, but terrorism is about to make a comeback, and it’s up to the 9th division of the Storm Force organisation to save the world.

I’ve watched this pilot, it’s rather short, with emphasis put on action, but you still get the idea of what Anderson Entertainment is going for, a blend of faithful homage and modern filmmaking effects. It’s much livelier than Gerry’s old shows, most likely so that it can tap into today’s audience, who like their television to be fast paced and fresh. However, maybe future episodes, if we ever get any, will include quieter dialogue driven scenes, ones that hark back to the dryness of Thunderbirds and Captain Scarlet. 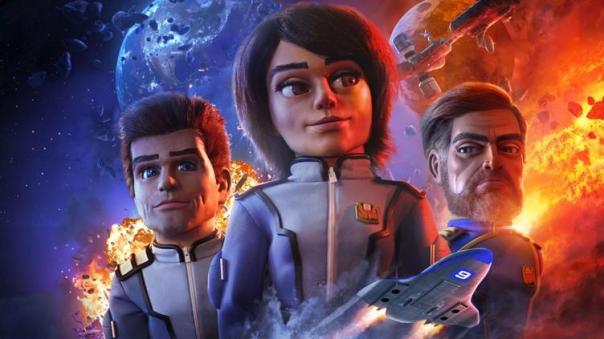 The puppetry is created through a technique called “Ultramarionation”, which relies on rod controlled marionettes, with the rods being removed in post, and it’s amazing what we can do with Marionettes today. Of course, CGI is used, but only to smooth out effects shots, the puppets are still the stars, and the spirit of miniature filmmaking is clearly important.

The puppets themselves are stunning, each one refined with sculpted detail, it’s hard not to look closer at these marionettes, because they’re all a work of art. The artistry isn’t limited to the craftsmanship though, these puppets have rather intellectual animation for marionettes! They are noticeable upgrades from the old Anderson puppets, because the rods give the filmmakers more freedom when blocking shots, and modern animatronics make for slightly more flexible facial expression.

When watching the pilot, some viewers will most likely be reminded of “Team America”, considering that both are modern Marionette productions about terrorist fighters, but “Firestorm” is obviously going for a more serious route, with humour being very subdued in the pilot. Although, I can imagine some viewers struggling to take “Firestorm” seriously, because it is so reminiscent of Trey Parker & Matt Stone’s 2004 political satire, and will be disappointed if they are going in to see puppets fornicate.

“Firestorm” has been adapted before, not as a puppet show, but as a 26 episode series that combined cel animation with CGI. However, Gerry Anderson was pretty much ignored by the Japanese studio, resulting in a series that disappointed his loyal fans, but it was also panned by the anime community too. This new adaptation seems to be going for a more faithful route, not just because it employs updated versions of Gerry Anderson’s acclaimed marionettes, but Gerry’s son Jamie is also involved, and who better to keep his father’s legacy alive? Click here to watch the full “Firestorm” pilot!

by clicking the button on the right!