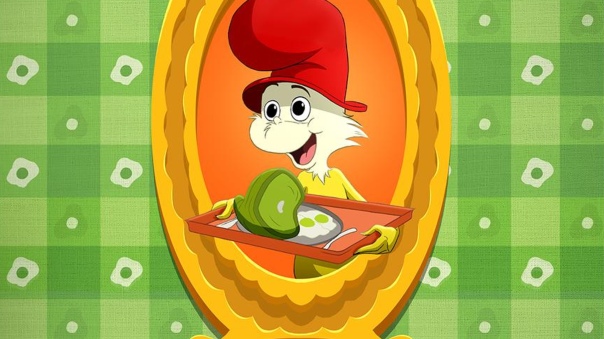 I personally have no idea how this will even work? “Green Eggs and Ham” is a super basic setup for a very very short Children’s Book, it’s simply about a guy called Sam I Am pestering an unnamed character to try Green Eggs and Ham, so how can you turn this little material into a show worth marathoning?

“Green Eggs and Ham” was already adapted into animation for the TV Special “Dr. Seuss on the Loose”, it was a really funny and funky translation of the short story, I wouldn’t say that it needed improving or expanding on at all, it was great as an 8 minute cartoon. Is every episode just going to be about Sam I Am annoying people to try Green Eggs and Ham? How many episodes can that even last before it becomes stale? 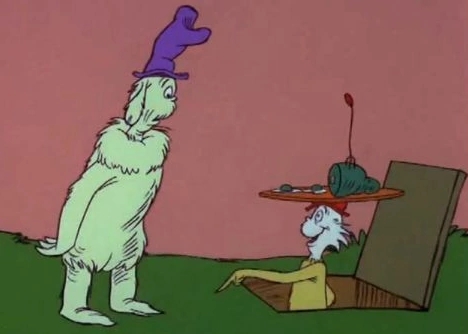 The “Dr. Seuss on the Loose” animated TV adaptation of Green Eggs and Ham

As you may know, lots of Dr. Seuss books have been turned into feature films, many of which failed to work as movies, as they were using extremely simple premises to tell cinematic narratives. So, if feature adaptions have struggled to hold themselves together, what chance does a whole NETFLIX show have? Something that’ll be the length of 10 movies! 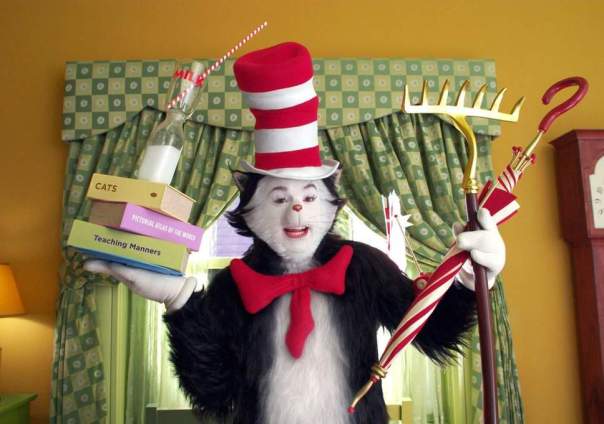 The live action feature adaptation of Dr. Seuss’ “The Cat in the Hat”

I guess that these previous feature film translations mainly failed due to poor execution though, so it’s maybe unfair to say that Seuss’ books are inherently impossible to adapt into hours of content, it’s hard to say when I’ve never seen a Dr. Seuss movie that impressed me.

Could Warner Bros. actually pull this off? Well, I think that it will take lots of expansive development, which is possible, it will just require some creative licencing with the source material that doesn’t sacrifice Seuss’ spirit. With so little to work with, so much will need to be added in or developed to flesh out the simple premise into a season’s worth of content, so a concern I have is that this product will end up losing the point of being an adaptation, because it has become so occupied trying to extend the book into the NETFLIX format.

I did find a poster of all the characters, which admittedly grabbed my interest, I am LOVING the modernized Seussian handdrawn art style, it looks so damn charming! Plus all the characters seem to have well defined designs, I can read their personalities right away. It’s hard to say how the formula will play out as a NETFLIX show this early, but I can confirm that the visuals alone have caught my intrigue, so I am curious to see the end product, even though a big part of me is reluctant to believe in it’s high storytelling potential.

“Green Eggs and Ham” will hit NETFLIX this fall, here’s the teaser below:

Posted on February 21, 2019, in Uncategorized. Bookmark the permalink. Leave a comment.